Atari is one of the earliest video game consoles developers with a massive variety of classic retro game consoles and games under their belt. Back when Atari game consoles launched, they were the leading gaming console on the market largely due to popular titles like Pacman.

The Atari 2600 is highly regarded is by many to be the founder of the arcade and the current video game industry and performed exceptionally well in terms of sales and garnered mass popularity which was what made gaming so popular. Unfortunately, Atari couldn’t keep up the momentum which resulted in significantly bad sales for the consoles that followed up which also resulted in some getting canceled but those that did make it to the market managed to outdo the rest in terms of popularity and sales. The games Atari put out on their consoles were easy to play and hard to master which was why there is still a massive following for any new games that put out.

Even when prominent gaming companies like Nintendo started appearing, Atari had managed to maintain its leading position until the North American video game crash of 1983 which many gaming companies just couldn’t survive, including Atari. After the crash, the assets of the company were split but two successors did emerge which are today known as Atari Corporation and Atari games 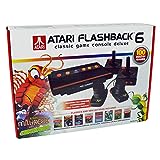 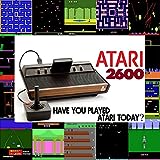 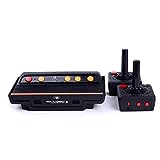 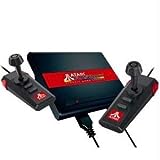 Unlike recent gaming consoles like the PS4 and Xbox One, Atari consoles were only made for gaming and they managed to do that exceptionally well! Even today people love the retro feel of these consoles which is why even so much time after their initial release, there are multiple versions of the consoles available. Even though production of Atari consoles stopped back in the 90’s, there are multiple third party sellers and manufacturers providing emulated versions of the consoles to seamlessly work with today’s TV’s.

Almost after three decades, Atari has finally come out and announced there is finally new Atari Console in the works which could mean the revival of one of the most popular game console line up. The new console is expected to run both old and new games which does show that Atari is getting back into the console market.

Who Was The Founder Of Atari?

Atari was founded by Nolan Bushnell an American electrical engineer and businessman. He is widely known for his Home Pong console.

When Is The New Atari Console Releasing?

As of now we only that the new Atari Console will be called the Ataribox and will run new and old games as well as being a full entertainment system. It will be running on a Linux OS and will have game streaming functionality. The console is expected by many to come out during late 2019 or early 2020 to compete with the next generation of gaming consoles.