Anyone that grew up in the 80’s or 90’s has had the pleasure to play games on some of the best and earliest gaming consoles. Retro games have an alluring appeal that modern games just can’t replicate which is why people still love playing them. Retro consoles are a great way to get back in on the old school retro gaming experience and provide an almost authentic experience that’s almost the same as old gaming consoles making them the perfect choice for anyone that’s looking to play some retro games.

Retro game consoles come prepacked with multiple games from different game consoles and let you use your old cartridges to run the games you want to play. Retro game consoles are also available in different form and sizes. For example, the Retro-Bit Super RetroTRIO Console runs almost all the games that came out on the NES, SNES, and Genesis consoles as well as having support for multiple controllers that makes this even more convenient to play with. 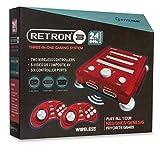 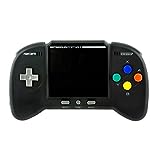 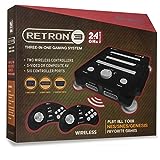 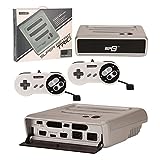 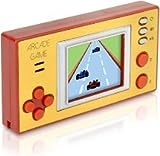 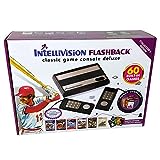 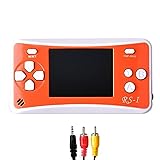 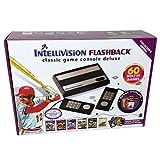 There are a number of handheld retro gaming consoles available as well that seamlessly replicate the charm of old school games on a smaller screen. The Retro-Bit RDP is a portable retro game console that plays NES and SNES games on the go which means that you can enjoy your favorite games anywhere you want. Similarly, the Gam3Gear 3 is another popular retro game console that has 152 games built-in that run perfectly without any issues making these the perfect choice for any gamer that likes to play on the go.

Recent Retro Gaming consoles use their improved hardware capabilities to help look old games even better and have HDMI and normal TV support which means you can play them on any monitor or screen you want.

Retro Game Consoles are made by their party manufacturers that use emulation software along with ROMS to enable classic games to run on different hardware. Retro Consoles have sufficiently more powerful than their original counterparts which allows them to offer better performance as well as being more reliable.

Should You Buy A Retro Game Console?

If you like playing old school games like Contra, Pacman, Super Mario and other popular titles then buying a Retro Game Console is definitely worth your time.

Top Gaming Consoles Copyright © 2020. All rights reserved.
Powered by Fresh Store
Cookies help us deliver our services. By using our services, you agree to our use of cookies. Learn More Accept