Even though Sega is a third party game publisher today, it used to be one of the largest and most successful video game consoles developers before the 2000’s. Sega has some of the best old school retro games available to date which is why even today there are multiple people that love Sega consoles for their retro charm. Sega has released a number of extremely successful consoles before the 2000’s but have stopped recently to focus more on their game development division with more official remakes of consoles expected to come out soon.

Sega released its first gaming console back in 1983 which was the Sega Computer Videogame SG-1000 which didn’t become an instant hit but rather laid down the foundations of what would then go on to become one of the most popular and powerful gaming consoles of its time – the Sega Genesis. The Sega Genesis was a hit and managed to outsell Nintendo its main competitor in the West.

Back then Sega had a lot of great games on the Genesis which included Sonic which rivaled Mario in popularity back then. The Sega Genesis was initially released as the Mega Drive in regions outside of America. It could play 16-bit games but there was am hardware add-on that allowed it to play 32 Bit games as well letting it play 3D games. It also supported backward compatibility to play Master System games. 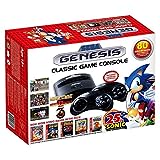 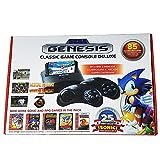 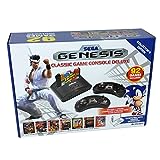 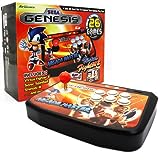 Since Sega has halted production for its consoles, multiple third party publishers have released their own version of Sega console to provide players with easy access to games. There are Portable Versions of Sega consoles that can seamlessly run classic retro games like Contra and Golden Axe. Even though Sega Game Consoles don’t offer high end graphics or games with a strong narrative, retro games have a timeless appeal that just can’t be replicated. Some consoles come prepacked with some of the best Sega games as well as having cartridge functionality allowing users to play their old games.

These consoles have no online functionality or other features. Sega consoles are only built for playing games.

Will There Be A New Sega Gaming Console?

While there may not be any certain new, there have been many speculations that Sega might indeed be gearing up to get back into the gaming console market. There are rumors circulating that suggest that Sega might be announcing a brand new console "Spartan/Spectrum"at CES 2018.

Why Did Sega Stop Making Consoles?

Due to poor sales for every console after the Sega Genesis, production of new consoles was stopped permanently. This was largely due to Nintendo offering better hardware and games which resulted in the consumers siding vastly in their favor.